Posted on January 29, 2014 by johnjosephlowe 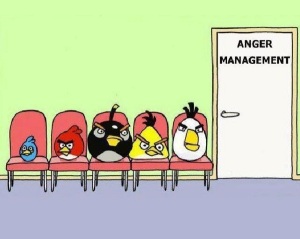 Candidates tell me that the older they get, the more intolerant they become and don’t like themselves for it. Here I try to capture the contradictions and conundrums.

Many people I talk to at work are angry with themselves; annoyed because they feel that they take a negative stance towards situations and people which is not necessarily justified.  They feel they are less happy and as they are getting older, or euphemistically we might say, more experienced. They find they become less tolerant, more critical and more cynical.

Its like the dilemma of giving up smoking.  You would like to give it up, but there’s that cranky part of you which feels that there are elements of satisfaction which smoking brings and which you are not prepared to sacrifice.

So you want to be less cranky but there are elements in you that feel  your negative attitude is justified, is realistic, in fact is representative of parts of our society which has “gone to the dogs”: muggings, looting, paedophilia, robberies.  And you don’t want to ignore all these things and become one of those “do-gooders” who tries to find the good in everybody and who quotes those inane stats which demonstrate the number of people who are at home innocently watching Futurama, Strictly Come Dancing or Dragon’s Den against the number of chavs who are out head-butting old ladies for their false teeth or hearing aids.

You know your anger is often irrational and mood-based but it is there and does not seem to be getting better.  In fact, it is getting worse day by day.  I feel I am closing in on myself.  Even small, insignificant trivia worry or annoy me.  Am I going to keep getting more angry so that one day I am just one big lump of agro? Perhaps I could do a mental headstand and go the other way.  “Be nice to people and they will be nice to you” is the common dictum.  “Thank you for waiting.” “No, thank you for taking my call.  I enjoyed exploring all the different departments and your music was most uplifting.  Are you sure I’m not disturbing you?  I don’t want to be a burden.”  No, this tactic is worse; angry, yes but hypocritical, never.

Could yoga be the answer. I could sit on the floor crosslegged and vacate my mind of negative feelings and embrace good and peaceful thoughts and the kindness in people. No would’t work. I would be thinking of all those lazy and pompose charters I try to avoid. Anyway this is not a natural position and is what chairs are made for. I would need to have a run around to get the circulation going. Yoga not for me. Anger management yes possibly.

Perhaps have a gap year or join a religious sect.  Do a bit of praying, wear sandals in winter, plant vegetables. Perhaps be a hippie. Get a backpack and go for it. They say travel broadens the mind. But does it! I know a friend who had the same bad attitude and who travelled and came back feeling that half the world was a slum and worst still most of the people didn’t even  understand English!

So how do I change my attitude and become more balanced towards society and situations, if that is the solution?  I do not want to become one of those happy clappy individuals who is always serving in soup kitchens or who is always telling me to see the good in people.

My honest opinion.Young people, no manners, no morality; old people, no teeth, no hearing; the in-betweeners, no jobs or too lazy, won’t work.  Blimey, I feel good!

So why am I so angry?  I don’t know.  It’s certainly not My attitude

This entry was posted in Articles and Essays and tagged angry @ work, angry at work, career advice, john lowe. Bookmark the permalink.