DOES THE MEDIA RULE OK?

Posted on January 29, 2014 by johnjosephlowe 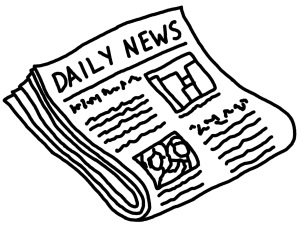 The media seems to be losing its grip, or does what I believe depend more on my personality?

Well, up until recently and before the demise of the News of the World, the answer might be a resounding yes.  And many people were amazed at how sensitive people in power were to media coverage.  They were surprised at how deliberately predacious the Press could be by way of hounding them into silence through negative stories or subliminal innuendoes.  And the recent events where many sectors have been caught out have now provoked deeper and philosophical debate on the boundaries and interpretation of human rights and freedom of the press.

But a fascinating addendum to all this is the fact that how we engage or interact with the media is dependent on your personality.  If you study the 4 types in “Career Coaching” then we can say, if you are an Influencer, you will enjoy sensationalism and the ‘big story’, whatever its source.  The Supporter will engage with the people-centric coverage, such as murders and celebrity gossip.  The Analyst will be cynical of hype and look for research outcome and similarly for the Creative but where the outcome adds a new interpretation and dimension to the subject.

The media dominance is due to an overplayed dictum.  They will over-justify their creative, literary or broadcasting skills through the vacuous cliché of, “Well, that’s what they want to hear.”  And too often we don’t challenge this rather naïve observation that, over the years, has almost created a scenario of self-righteous, moral obligation.  In other words, “That’s what the punters want and therefore that’s what I must give them; and, by the way, I know best.”

And then if we go to the punters’ side, well, most of my friends don’t read or are reading fewer newspapers.  Circulation has crashed.  Viewing and listening audiences have, and are rapidly decreasing.  And have you ever thought of how the media actually know or can measure the extent of their audience?  You may find that another surprise and in the same substantive category as “…that’s what the punters want.”

So the media is ruling less; we can say, ok but even its current elevated status is partly because of an entrenched and naïve conviction.  It still begs  belief, whereby some viewers, listeners and readers will automatically defend the status of the media on the basis that “….surely they could not have just made it all up” or “…there’s never smoke without fire.  There must be a grain of truth in it.”

Shall we tell them or let them continue indulging their fantasies?

This entry was posted in Articles and Essays, Personality @ Work and tagged career coaching, john lowe, media, the analyst, the creative, the four personalities at work, the influencer, the supporter. Bookmark the permalink.